The Beginnings of The Society for Implementation Science in Nutrition

The Society for Implementation Science in Nutrition (SISN) began on a wintery, New York evening in February, 2014. Eva Monterrosa, formerly Sight and Life’s Senior Scientific Manager, and Klaus Kraemer, Director of Sight and Life, together with Jessica Johnston and Rolf Klemm, met at Jean-Pierre Habicht and Gretel H. Pelto’s home to discuss a presentation by Eva on the role of context in fostering, developing and implementing nutrition interventions. Based on their previous experiences, they were concerned there was not a venue where the important ideas in the presentation could be published. The conversations began with the idea of creating a working group focused on implementation science, but quickly moved to consider a more formal, long-term institution, such as a scientific society.

The group appointed itself as a six member Secretariat. The first goal of the Secretariat was to identify a group of founding members for a meeting in Addis, Ethiopia during the Micronutrient Forum in June 2014. “The enthusiasm and broad support from the nutrition community for SISN and its role in convening and shaping the discussion for implementation research in nutrition was an exciting moment and positive affirmation we were headed in the right direction,” described Eva Monterrosa, who led the Secretariat. SISN was gaining momentum. Commitments came quickly from thirty-one experts with diverse experiences and the first meeting with the founding members in Ethiopia was a success.

Implementation science was not in Sight and Life’s wheelhouse until Klaus Kraemer, Managing Director of Sight and Life, reviewed and was mystified by the data in the 2013 DEVTA trial, which was published in The Lancet. Previously, randomized controlled trials conclusively demonstrated that high-dose vitamin A supplementation of children under five years of age reduces mortality by 24%. However, the DEVTA trial in India showed a non-significant 4% reduction in child mortality. Jean-Pierre Habicht observed that “This randomized controlled trial, as is typical of such trials, was carefully designed to interpret positive effects as due to the supplementation. However, it was not designed to interpret a lack of effect”. In particular, it did not have plausible evidence of wide spread effective implementation.

The massive study had bare bone supervision of the intervention with only 18 monitors overseeing the work of over 8,300 Anganwadi workers and the participation of a million children. It also remained unclear how well mothers were counselled, how many and how often children received the intervention, how much of the supplement was wasted or shared, and what other socio-biological factors could have affected program utilization. Gretel Pelto pointed out that “understanding the behavior of implementing staff is as important as understanding household behavior” neither of which were studied by the DEVTA trial. The disconnect between the DEVTA trial and disconnect between all of the previous work, which had established the importance of Vitamin A supplementation for child survival and child health was the tipping point and motivation for Sight and Life’s commitment to implementation science. As Klaus Kraemer explains, “This drastic fluctuation in understanding the results of field trials clearly demonstrates the importance of implementation science and was a significant driver behind Sight and Life’s push to further implementation science.”

With a mission to convene, advocate, disseminate and promote dialogue among scientists, policy leaders, government officials, funders and practitioners to advance the science and practice of nutrition implementation world-wide, SISN headed into its first operational year (2015) with a full agenda. Following a two-day meeting in Castel Gandolfo, Italy, SISN was officially established with the proclamation of the Lazio Declaration. By the end of 2015, the inaugural board was nominated, elected and set to meet that December. 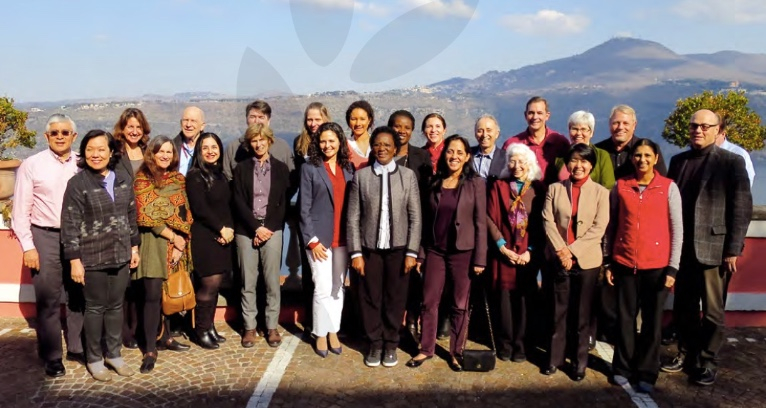 SISN was officially established with the proclamation of the Lazio Declaration after a two-day meeting in Castel Gandolfo, Italy.

Meanwhile, the Lazio declaration served as a culmination of the efforts of many people, and highlighted  the importance of implementation science. Read more on this important milestone here.

In 2016, Sight and Life committed to continue supporting financially by funding the Secretariat activities and advocating for implementation science. “Creating a new institution was a challenge,” explains Eva Monterrosa. Recently she said, “We are incredibly grateful for the generous support of Sight and Life funding the Secretariat and operations for SISN over the last three years.” The 2016 calendar year featured a strategic plan for SISN to increase awareness, build membership, and continue to build a solid foundation. Putting the plan into action began with a symposium on implementation science during the Experimental Biology conference in Chicago, and the Micronutrient Forum in Cancun where SISN developed the following symposia: 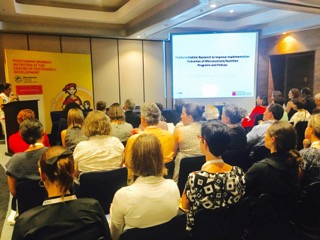 The interest in the topics was apparent as the sessions drew crowds with an overflow of people listening from outside the room. “The especially keen interest of students, seeing the value of implementation science and hungry to learn how to do it,” describes David Pelletier, Past President of SISN.

Behind the scenes the SISN team had been diligently working to develop a robust website, implementnutrition.org. The site launched in the spring of 2017, activating new members and providing a wealth of information about implementation science. At the same time, the final paperwork was also approved and SISN became incorporated in the USA as a non-for-profit education corporation. While internally several working groups including methods, membership, and communications, as well as a finance committee were formed.

As the structure of SISN builds, so does its exposure. On November 7th, 2017, SISN along with the International Food Policy Research Institute (IFPRI), and the Scaling Up Nutrition (SUN) secretariat co-hosted a workshop session at the SUN Global Gathering in Abidjan, Côte de Ivoire, on “Sharing Knowledge, Methods, and Experiences on Implementation: How can SUN Countries Better Implement Priority Actions?” The workshop was organized as part of the ongoing Knowledge for Implementation and Impact Initiative (KI3). An initiative jointly implemented by these three organizations, with the overarching goal of closing the knowledge and communication gap among nutrition knowledge generators, policy planners, and implementers in SUN countries.

Also in 2017, at the International Union of Nutritional Sciences – International Congress of Nutrition (IUNS-ICN) in Argentina, a SISN and Nutrition International (NI) co-sponsored symposium entitled “Evidence-based integration of nutrition across multiple sector programs: how can this be done?” was presented and very well attended. Additionally, outreach to the CDC, USAID, the USG Interagency Working Group on Implementation Science was established and SISN received a sub-award for implementation research in Kenya and Uganda in partnership with 3ie.

“It’s been a journey from a small group of highly committed founding members to 200 global members. And we are still growing and establishing our organization,” described Eva Monterrosa as the year came to an end, “The ideas, and dedication of inaugural Board and members has positioned SISN as an institution leading the implementation research space.”

SISN’s vision is a world where actions to improve nutrition are designed and implemented with the best available scientific knowledge and practical experience that promotes effective actions. Policy makers, funders, and community members will benefit when scientists and practitioners work together to answer ‘how to implement effective nutrition actions’. “We are currently enjoying an unprecedented window of opportunity to address nutrition through national policies and large scale programs,” states David Pelletier, Past President of SISN, “Now we must deliver the goods by showing results, or the window may close and remain closed for another generation. Implementation science and research is vital for showing those results.”

SISN looks to support and positively impact global nutrition outcomes. “Achieving 2025 global target set by the World Health Assembly (WHO), will require a concerted effort,” explains Eva Monterrosa. “SISN, as a convener, can bring together various stakeholders and assemble and organize different types of knowledge, methods, and approaches that are required to advance how we implement effective nutrition actions to meet our targets for anemia reduction, low birth weight, exclusive breastfeeding, and wasting.”

At SISN, diversity is valued and there is a strong belief that scientists and practitioners are co-producers of implementation knowledge, and both play incredibly important roles in shaping the field of implementation science in nutrition. David Pelletier explains, “The world is awash with evidence and knowledge to improve implementation and impact but facing a major non-utilization crisis; SISN is dedicated to enhancing utilization of existing knowledge in addition to generating new knowledge that is useful at local, national and global levels.”

Everyone is welcome! As SISN continues to forge ahead, the members need to include visionaries, doers, and people who are undaunted by the task ahead, which is to create a new institution that will benefit millions of people around the world as well as our scientific and practitioner communities. Being a member-based organization, SISN is as strong, innovative, and creative, as its membership.

SISN provides a global platform for members to learn, share, and network with like-minded people while paving the way for professional development opportunities. Becoming a member is a great way to be a part of shaping the future of implementation!

This blog was co-produced and co-published with Sight and Life. We thank Sight and Life for their past and ongoing support for SISN activities, and their contribution to this blog.

Have an idea or a comment on any of the issues discussed above? We welcome your feedback – you can comment on this post on our LinkedIn feed or write to us at info@implementnutrition.org. 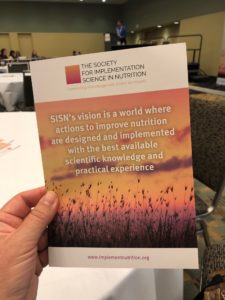 How do we build and move the science of implementation forward?

The American Society of Nutrition held its annual meeting, Nutrition 2019, in Baltimore on June 8-11. On day 3, SISN facilitated a workshop on Implementation Science (IS). During the session, […]

When: Wednesday, June 19, 2019 – 1:00pm to 2:00pm Malnutrition in its many forms is a major contributor to the global burden of disease and disability and has gained prominence on global and […] 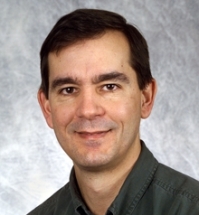 An interview with our President, Dr David Pelletier

As we prepare to transition to our second term with a new Board, we took a few minutes to sit down with our outgoing president, Dr David Pelletier to hear […]

Opinions, compilations and figures contained in articles included on this website do not necessarily represent the point of view of SISN